Awanish Kumar Sharan, IAS - His marks revelation came as a morale booster with a message
Home

To ensure success in IAS, make up your mind and be ready to do whatever it takes to reach your goal; says Dr K. Vijayakarthikeyan, IAS 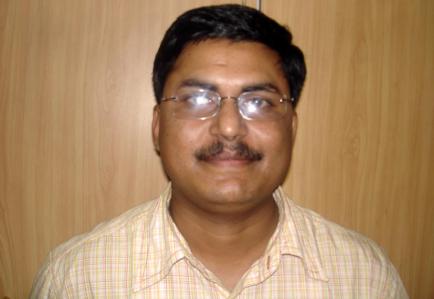 Awanish Kumar Sharan, IAS - His marks revelation came as a morale booster with a message

A few days back, Awanish Kumar Sharan, 2009 batch IAS officer from Chattisgarh cadre was in news when he shared his marks scored at school level and even in graduation.

Scoring a meager 44.5% in 10th standard, 65% in 12th and even 60.7% in graduation; still, achieving two-digit rank in coveted Civil Services Examination that too with Hindi medium certainly shows big execution capability of Awanish who could do it with sheer hard work and determination.

From such an average background, journey of Awanish Kumar Sharan has been really remarkable and achieving 77th rank in civil Services Examination 2008 has been a big accomplishment for him.

This marks revelation came as a morale booster with a message “Not to take the result very seriously” when Awanish came across a shocking news about a student’s suicide due to unexpected result after Chattisgarh board Exam results were announced. He wrote on his Facebook “The percentages are just a number game; you will be getting many more chances to prove your caliber. Keep moving.”

Enlightenment need not always happen with a bang. There are many late bloomers like Awanish where transformation happens quietly and when their time comes; they shown their mettle.

Awanish’s words show empathy towards youngsters not able to perform as per expectations; his success story sends a strong message to Hindi medium candidates to perform well in civil Services Examination and achieve big in life.

I still remember when I met Awanish in Delhi almost 10 years back with Abhishek (AIR 48) after CSE 2008 results were announced; showing gratitude Awanish owed his success to his family and his father in particular.

When it came to explore career in Civil Services, Awanish got inspired by reading interview of Lokesh Kumar Singh (AIR 10; CSE 2002), a topper with Hindi medium.

In fact CSE 2002 has been a landmark result for Hindi medium as three candidates Ajay Shukla (AIR 5), Kamal (AIR 8) and Lokesh (AIR 10) were Hindi medium candidates among top 10.

Even, Awanish’s batch mate Kiran Kaushal (AIR 3; CSE 2008) produced best ever result for Hindi medium and all of them are inspiration to many candidates aspiring for career in Civil Services even today.

For a candidate appearing in Civil Services Examination with a simple graduation degree is a big decision and for this, the motivation came from his father Lokesh Kumar Sharan as his personal challenges inspired Awanish to become IAS.

In the beginning, the right advice for preparation-plan came from his brother Arjun Sharan who had gone through this process and appeared in Civil Services Exam. He even reached interview stage; but, could not find his name in merit-list.

His brother made Awanish understand the intricacies involved and helped him realize the necessities at each stage of the examination.

With such a clear-cut goal set for him, Awanish reached his destination in second attempt.

Awanish had chosen History and Literature of Hindi Language as optional subject.

Talking about his preparation-plan Awanish said, “Having no strategy is the best strategy. I considered my second attempt as my last attempt; and I did all that I was expected to do.”